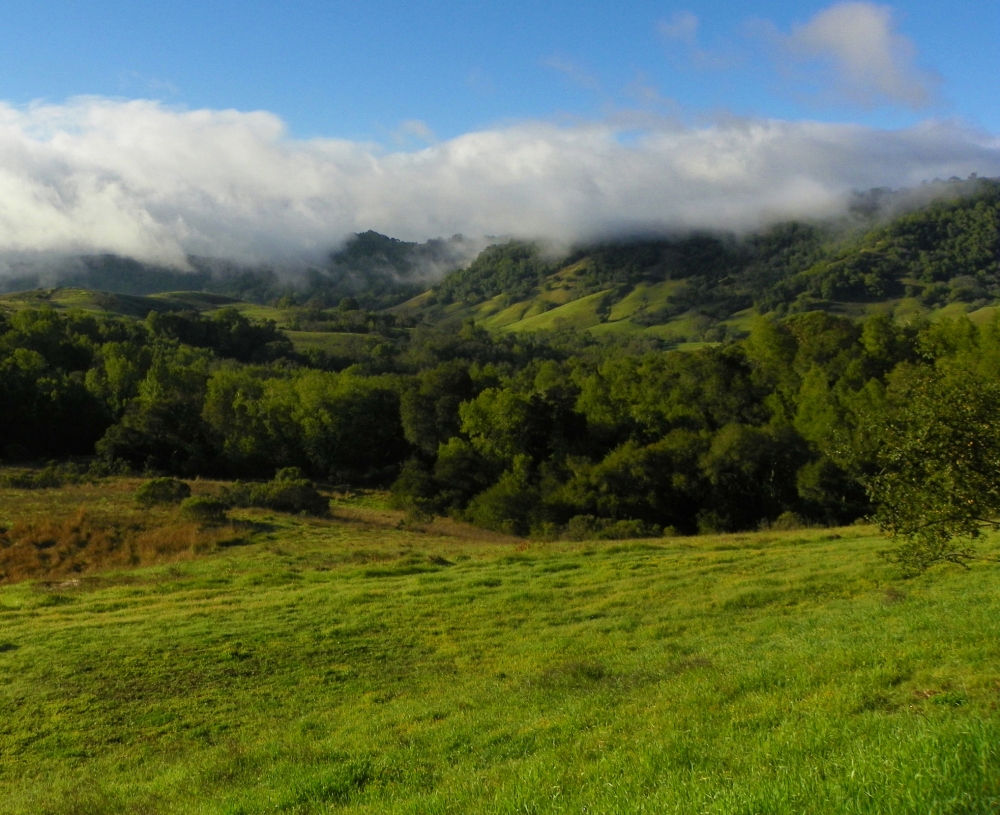 Many of us walk along upper Partrick Road for the exercise and the amazing view. A beautiful home near the bank of mailboxes is cherished by its current owners, and was the home of an earlier family for nearly 50 years.

Built by Oscar Struve and his wife Adeline circa 1920, the home and property was named “Fairview” for the both the distant view east toward the city of Napa and the stunning drop-away view south into the upper part of Carneros Creek, toward the end of Henry Road (shown above). Oscar had inherited the property in 1906, when he was 24, from his mother. (Before Oscar could take possession, though, he had to pay each of his two siblings $500.)

The property had been first purchased by his parents Christian and Ernestina (Senfra) Struve. The Struves had arrived as young newlyweds from Holstein, Germany, in 1869. In 1870 both were working for the Duhig family on what is now Duhig Road in the Carneros. They had their first child, a son, in 1871, a daughter in 1879, and a second son Oscar in 1881.

In the late 1890s, nearly thirty years of hard work later, the Struves purchased the 100 acres on what is now Partrick Road from the estate of George Leonard, who himself had purchased it about 25 years before from the Henry brothers on Henry Road. It was a diamond shaped piece of property, and the uphill, northern tip abutted Partrick Road. It’s unknown how much or what kind of work Leonard did on the property, but the Struves grew prunes on the flatter areas of their property and that of a neighbor, and ran cattle on the steep hillsides.

Two years after Oscar inherited the property, he married Adeline from Modoc County. That year he also fell from his horse on the property and struck his chest on a “large clod of dirt,” according to the Napa Journal, breaking a rib just over the heart. “The injury is a most painful one,” reported the Journal, “but no serious results are apprehended, though it will be quite a while before Struve will be able to work.”

Even though the property is well above Browns Valley proper, it was popularly considered to be part of it. Oscar and Adeline became fixtures in the Browns Valley agriculture community. Oscar was a charter member of the Browns Valley Farm Center and active in farm organizations and committees. Adeline started the first garden show of Napa District Fair. Her garden at Fairview was considered a local showcase and hosted everything from farm meetings to family weddings to tours, including a garden group from Vacaville.

“Mrs. Oscar Struve is justly proud of the many beautiful roses and other plants which she has in her garden in Browns Valley,” wrote the Napa Register’s garden columnist in 1933. “Mrs. Struve is very keenly interested in floriculture and so has succeeded in laying out an extensive and beautiful garden at her country home. This garden includes a lawn, lily pond, rock garden, a large variety of roses, some choice specimens of trees, and an outdoor arbor and grill. It is these touches which only an interested person can  put on a garden that can help to make a house in the county a home.”

The photographs shown here hang on the wall of the house, but are unfortunately not the original hand-tinted black and white prints, but color laser copies made by a previous owner. The photo was one long panoramic image. The original photograph’s location is unknown. It shows a well-established garden around the house, and a gate that opens directly from the house onto Partrick Road.

Property is sold; Oscar passes away

After almost 45 years of running the ranch and orchards, the Struves sold a major portion of the property (not including the house) in 1952 to a doctor from Vallejo for $40,000. The farm went out of production at that time.

The next year, after six months of illness, Oscar died at “Fairview,” only one mile from where he had been born and where he had spent his entire life. He was 71. Adeline lived until 1972, moving to St. Helena to be near two of her married daughters where she founded a fuchsia  society. She was 85 when she passed away.

The current owners of the home keep the gardens and roses very much alive. The pond is still there, but nearly all the orchards are gone. There are now five arches on the front porch after an addition of first and second-story sunrooms on south side of the home to take in that view into Carneros Creek. And the framed image of “Fairview” circa 1930s hangs just inside the front door.